The Boy Scouts of America granted a Charter to Troop 3 sponsored by St. Joseph Church in Hanover on June 20, 1918. Reverend G. W. Nicely was the Commissioner representing the local council on the Charter. At that time, approximately 8,000 people resided in Hanover. Thomas L. Murphy, the first leader of the Troop, previously had supervised a group of youth in the local Boys Club. He was assisted by James B. Baker and Ralph H. Storm. James B. Baker succeeded Thomas L. Murphy as Scoutmaster in 1919. Reverend James A. Huber, Frank Brenner and Stanley Scheivert assisted the early Troop in the capacity of committee members. 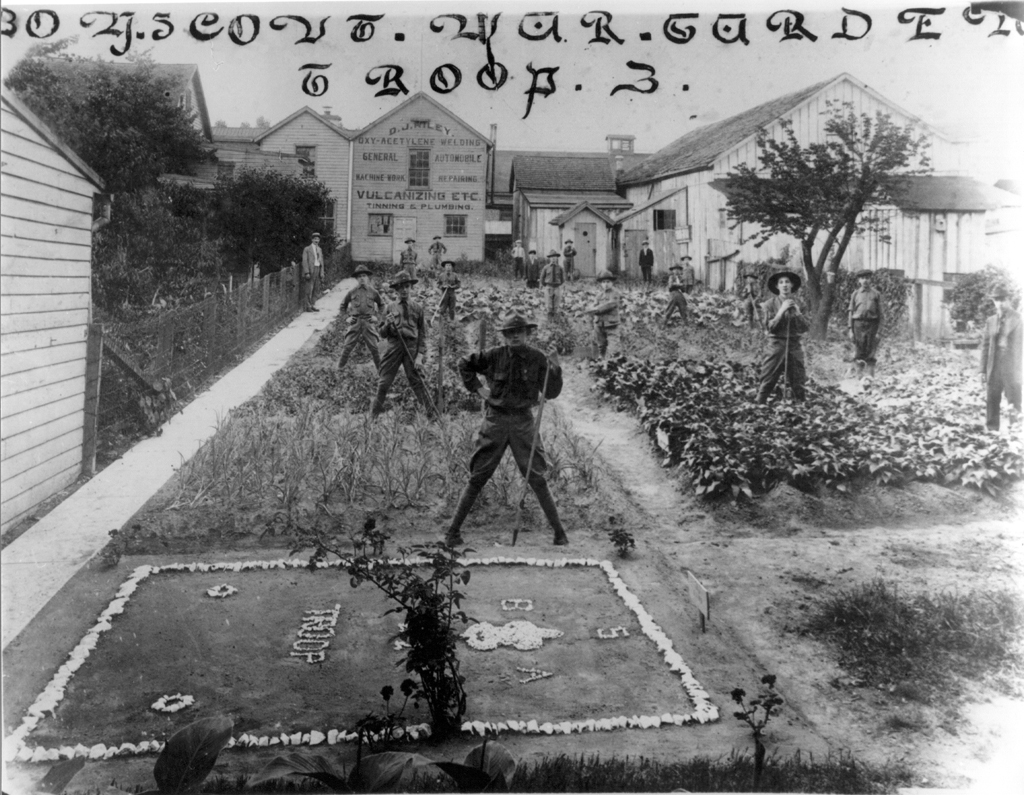 Pictured is Boy Scout Troop 3 (now Troop 103) of Saint Joseph Catholic Church in their victory garden in 1918 at the rear of the former Knights of Columbus Council 871 building on York Street, Hanover. 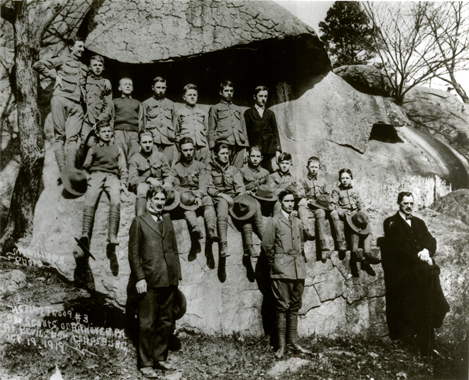 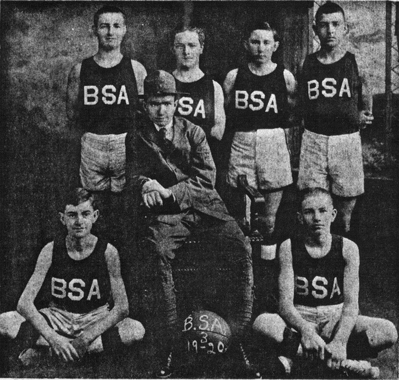 In 1920, Troop 3 had their own basketball team with Scoutmaster James B. Baker as their coach.
The Conewago Council was organized as a Second-Class council during the summer of 1919. The local council included Scouts from Hanover, Littlestown, New Oxford, Abbottstown and East Berlin. St. Joseph Boy Scouts became known as Troop 103 after the Conewago Council merged with the York-Adams Council in 1931. In July 2002, the York-Adams Area Council was restructured from four to three Districts. At that time, Troop 103 resided was in the Blue and Grey District until 2011 and now resides within the boundaries of the Battlefield District. On February 25, 2010 the York-Adams Area Council agreed to merge with Keystone Council and was named on April 1, 2010 as Keystone York-Adams Council. On October 1, 2010 the council was formally named New Birth of Freedom Council.