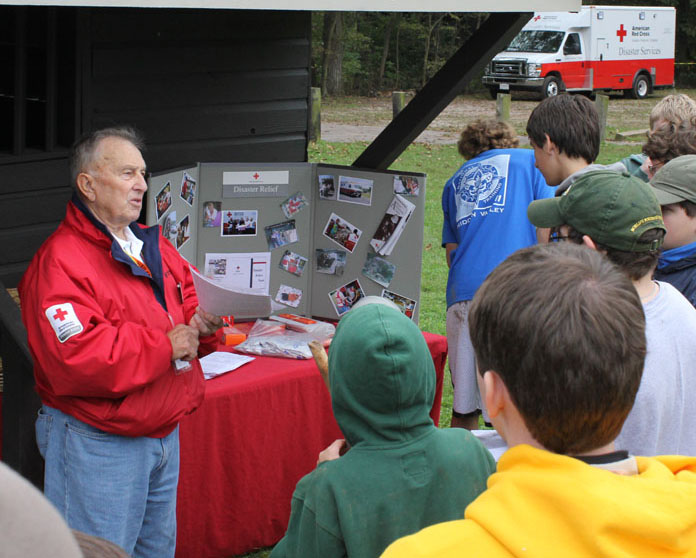 It was a pleasure to know John and the history he shared with Troop 103.  He lived up to the scout oath and laws in his life. He was humble and modest when talking at the Troop’s 100th anniversary event in 2018.

John was a life member of the Hanover Fire Company and assisted the Fall Camporee – September 30, 2011 held at Camp Conewago with the Red Cross Disaster Relief Unit. 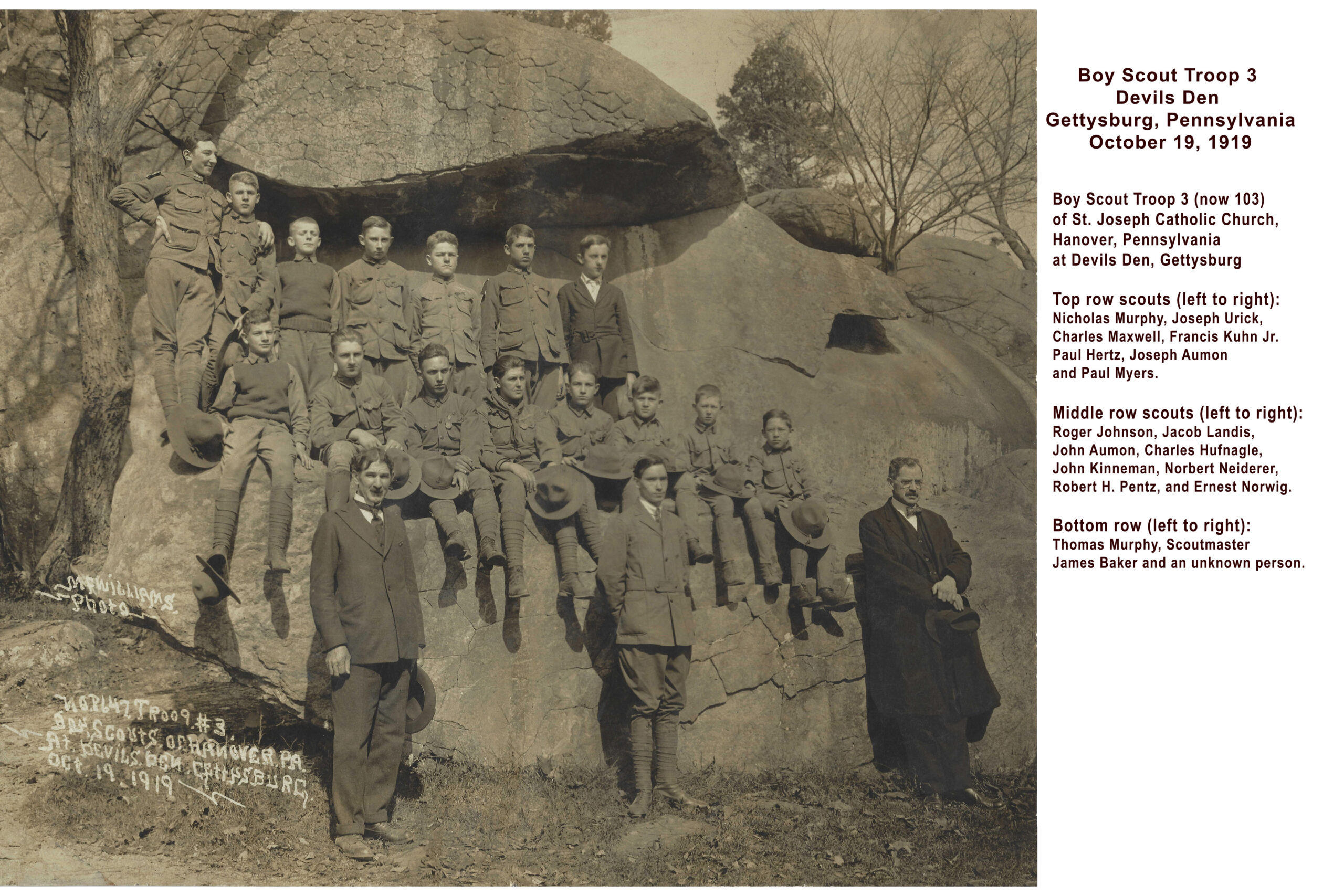 John’s grandfather was Troop 3’s, now Troop 103’s first Scoutmaster and was instrumental in the creation of the Troop. His father Nick, was a scout when the Troop was formed in 1918. I am attaching some photos related to the Troop at Devil’s Den in1919 featuring his father and grandfather, and a 2018 photo recreating the same photo featuring John. 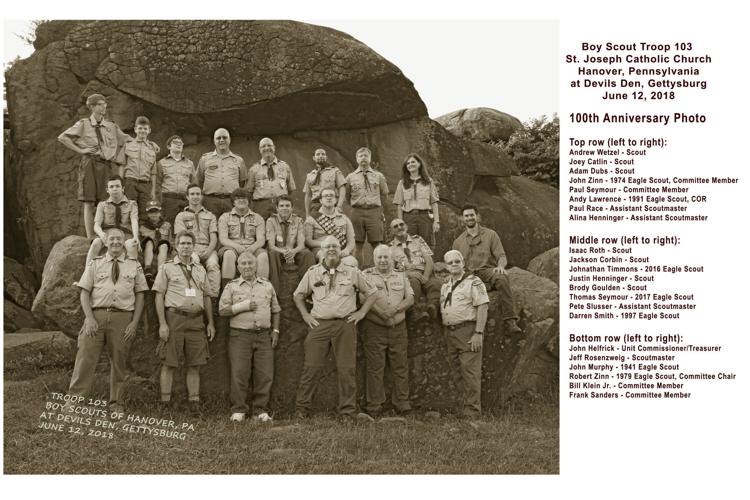 John is featured in the center bottom row. 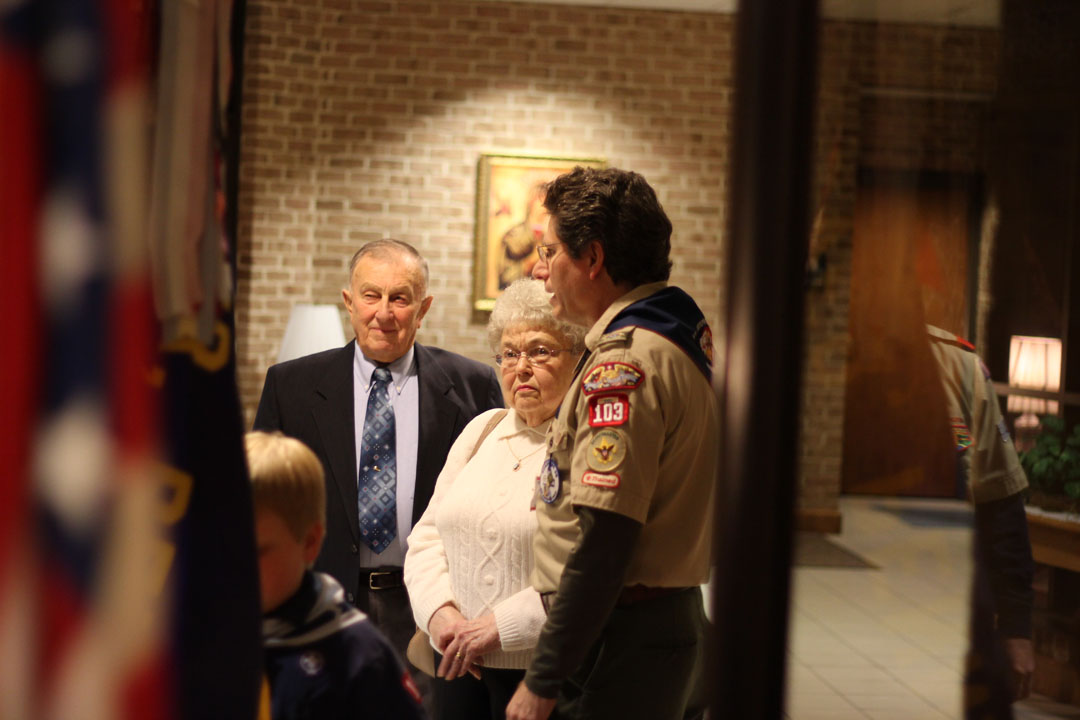 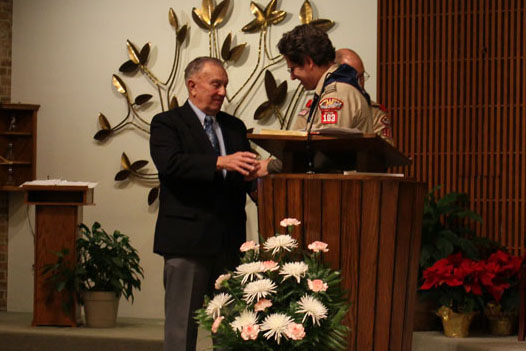 After receiving his Eagle Award in 1941, John served in World War II. During that period his original emblem was lost in storage. On February 4, 2012, Troop 103 presented a replacement Eagle Emblem to John Murphy 70 years later.

Click here to see a video of the presentation.